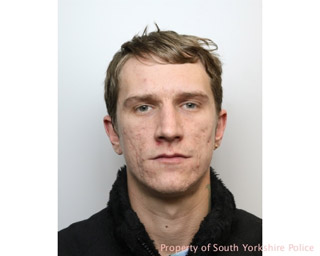 A BARNSLEY man has been jailed for 25 years after being found guilty of 15 counts of sexual offences against children.

Jamie Mann, 26, of Dennison Court, was sentenced yesterday at Sheffield Crown Court with the requirement to serve a minimum of 14.

He was arrested in 2016 in connection to the abuse of three boys, committed over a five-year period. The boys were all under the age of 13 at the time the offences occurred.

Detective Sergeant Jo Chambers said: "Mann made efforts to gain the trust of these children, with the aim of abusing that trust"

He initially denied the crimes, meaning the boys had to go to court and give evidence.

Detective Sergeant Jo Chambers said: “We’d like to praise the victims for the bravery they have shown, from the day they came forward to tell us what happened, to the immense courage they have demonstrated throughout the entire investigation and court process."