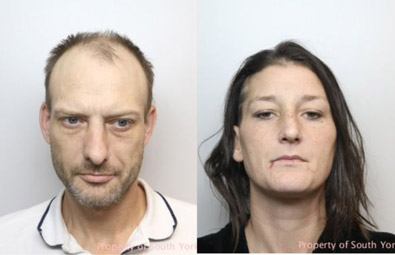 A HEARTLESS man and woman from Barnsley who robbed and assaulted a man with learning difficulties have been jailed for over three years.

Neil Bamford and Terri Hodson, both of North Royds Wood, Athersley, appeared before Sheffield Crown Court on Monday (March 5) where they pleaded guilty to robbery and were sentenced.

It relates to an incident in October last year, when a 45-year-old man who has learning difficulties was walking home after withdrawing some money from the Post Office in Athersley North.

Bamford and Hodso threatened and assaulted the victim, before stealing his wallet.

Bamford, 41, was jailed for three years eight months while Hodson, 31, received a sentence of three years and four months.