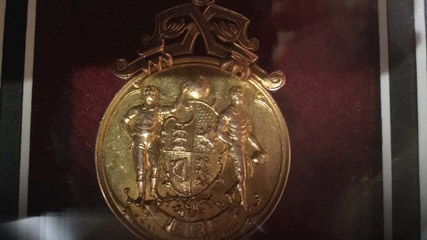 THE GRANDSON of a Barnsley FC player has had his grandfathers medals stolen and is keen to have it returned.

The 1912 FA Cup winners medal was stolen from the grandson of Philip Wright Bratley, who was part of the famous Barnsley side who won the 1912 FA Cup.

His medal is a treasured heirloom in the family and they are determined to get it back.

Anyone with information about its whereabouts is urged to call South Yorkshire Police on 101, quoting incident number 849 of March 17, 2018.