Bones belong to man not heard from since 2015 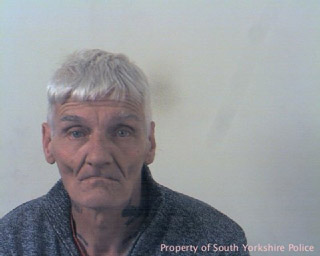 POLICE have identified who the skull and bones found in a Barnsley field belong to - but say they still haven't found evidence that the death is connected to a crime.

Police say the bones, found in Swaithe at the start of the month, belong to Martin Neil Radford (pictured), who was born 28 October 1957 and hadn't been heard from since March 2015.

His family have been informed.

Temporary Detective Inspector Stuart Hall, who has been overseeing the inquiry, said: “Since the discovery of the bones, a team of officers and staff – some in incredibly specialised areas of forensic science – have worked incredibly hard to ascertain the identity of the deceased.

“Now we have identified Mr Radford and notified his family, we must now establish the circumstances leading up to his disappearance and subsequent death.

“The initial post mortem was incapable of discerning a cause of death; however, initial enquiries have not established any apparent criminality.

“Nevertheless, we must make every effort to understand what happened to Mr Radford so we can offer his loved ones some closure.

“Our enquiries have thus far revealed that the last time Mr Radford was seen or heard from was at the end of March 2015, when he was 57-years-old. After this time, there is no further contact recorded or that we’re currently aware of.

“Mr Radford had been living in the Kingstone area of Barnsley up until the end of 2014, but from early 2015 he seems to have led a transient lifestyle and it is this period of time we are seeking to learn more about.

“Our new appeal, therefore, is to speak to anyone who knew Mr Radford and may be able to help us account for his movements, in particular after the end of March 2015. Do you know where he was living? Were you a friend or associate?

“If you can offer us any information, no matter how small, please get in touch with police. Anything you can offer may help us better understand Mr Radford and the circumstances leading up to his death.”