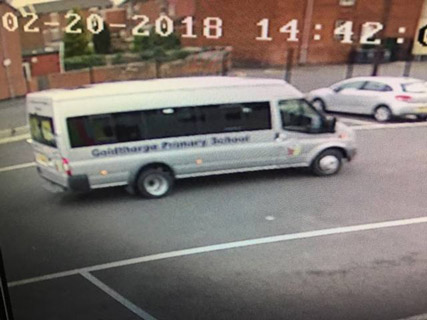 A SCHOOL minibus that was stolen while pupils sat in assembly was found torched with its engine missing.

Thieves cut through the perimeter fence at Goldthorpe Primary, on Doncaster Road, before removing the glass from the door of the locked minibus, cutting the gate’s padlock off and driving away at about 2.40pm on Tuesday.

A social media campaign to try and find the bus was launched almost immediately.

But school received the news that the bus had been found, torched and with its engine missing, on Ramskir Lane in Stainforth the same night.

A spokeswoman for South Yorkshire Fire and Rescue confirmed firefighters attended the scene at 5.30pm to discover the minibus well alight, having been deliberately set on fire.

Anyone with information is asked to contact 101 quoting incident 610 of February 20.