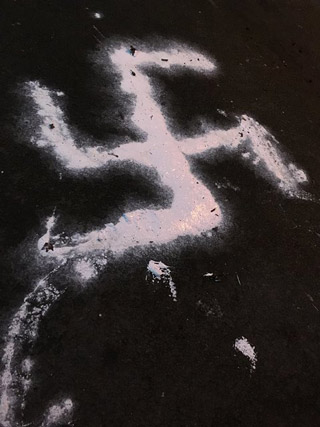 A SWASTIKA has been found painted on a Barnsley street.

Police are dealing with the incident after it was reported by a local woman on Twitter.

The symbol - used by the Nazi party lead by Adolf Hitler - was found painted on Foundry Street in the town centre yesterday morning (Sunday, February 18).

The swastika was banned in Germany at the end of the Second World War and Germany tried unsuccessfully to introduce an EU-wide ban in 2007.