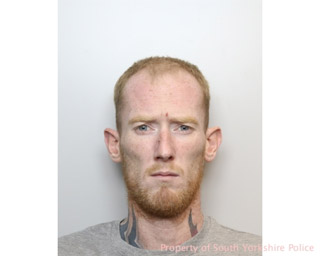 A MAN who almost killed four children by hitting them with a hammer before deliberately crashing into a pub wall at 92mph has been jailed for over 25 years.

Owen Peter Scott, of Heather Road, Fawley, Hampshire, appeared before Sheffield Court today (February 15) where he was jailed for four counts of attempted murder after pleading guilty at an earlier hearing.

Scott, 29, was arrested in August last year after an off-duty police officer saw him drive his car into a wall in Four Lane Ends, Oxspring.

The children in the car with Scott - who were aged eight, seven, 21 and nine-months old at the time of the incident - were all left with either serious or life-threatening injuries, with the seven-year-old still in hospital almost six months on.

Analysis of the car afterwards estimated that Scott was travelling at around 92mph when the car hit the wall.

Detective Chief Inspector David Stopford said “The scene, when officers first attended, was so horrific that they were astounded to find the children were alive.

“A blood-stained hammer was found in the car as officers were rescuing the children and it soon became clear that the injuries they had suffered, were consistent with this rather than the collision.

“The children were all left with serious head injuries, some of which included numerous skull fractures and bleeding to the brain. Medical experts said that their injuries were consistent with being hit with a blunt object – most likely the hammer found in the car.”

Scott was arrested at the scene for driving offences, but later those charges were upgraded to four counts of attempted murder following the discovery of the hammer and the extent of the injuries.

He was jailed for a total of 28-years with a requirement to serve a minimum of 14.