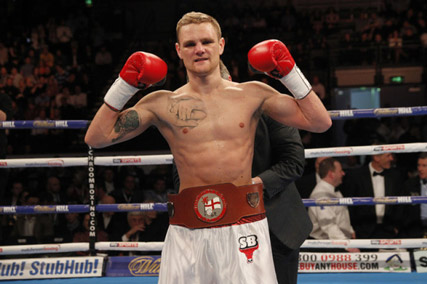 The Shafton man will take on the highly rated Joe Cordina at the Principality Stadium on March 31 - a show which will be headlined by AJ's battle with New Zealander Parker.

The 'KO Kid' is no stranger to appearing on the big stage, fighting at Bramall Lane on the undercard of Kell Brook's world title tussle with Errol Spence last May.

Welshman Cordina, unbeaten so far as a pro, fought for Great Britain at the 2016 Olympic games in Rio.

But Townend represents a huge step up in class for Cordina, with 14 of his 20 victories coming by knockout - including three of his last four wins.

You can catch the fight live on Sky Box Office on Saturday, March 31.