No evidence of crime in human remains discovery 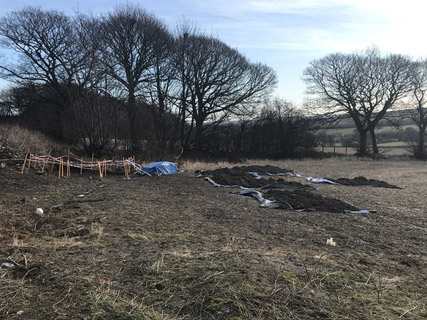 DETECTIVES called in following the discovery of human remains in a Barnsley field say they have found no evidence that the death is connected to a crime.

A human skull and bones were found by a child playing in a field off Mitchell's Street, Swaithe, on Sunday February 4.

Following a post mortem, detectives say there is no evidence that the death of the man was the result of a crime.

Work is still being carried out to identify the man, with the area where he was found likely to remain cordoned off for a number of weeks.

"It’s important to search every piece of earth in relevant areas. This process will take days if not weeks.

"I now believe that the person died in the last four years. There is no evidence at this time of a crime taking place but the area of discovery of course still raises concerns.

"Work will focus on identifying this person and informing the family as a priority."