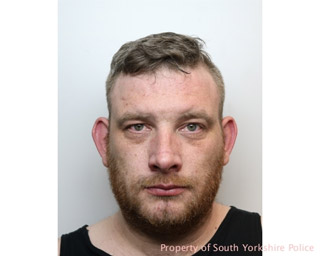 A BARNSLEY man who was found with £5,000 worth of class A drugs - including heroin and crack cocaine - has been jailed for over three years.

Wayne Hepple, 32, of Cypress Road, was arrested in November 2015 after officers noticed drugs in his car.

On further inspection, a black plastic bag containing a number of wraps of brown powder and white rocks were discovered and Hepple was then arrested.

Detective Sergeant Pete Naivalurua, the investigating officer, said: “After the items found were sent off for forensic examination, it was established that Hepple had a total of 66.5grams of heroin, 21.4grams of crack cocaine and 1.22grams of cocaine in the car, which we estimated at a street value of over £5,000.

“Analysis of a phone, which Hepple had with him, led us to believe that Hepple had the intention of selling these drugs to members of the public."

Hepple appeared at Sheffield Crown court on Tuesday February 6 where he was jailed for a total of three years and three months for three counts of possession with intent to supply Class A drugs.