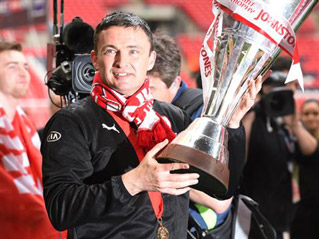 Hecky - who managed the Reds since 2016 after taking over from Lee Johnson - lead the Tykes to a JPT win against Oxford in April that year and a League One play off final victory over Millwall a month later.

Despite losing star star men Conor Hourihane and Sam Winall in last year’s January transfer window, the Royston man managed to keep the Reds in the Championship last season despite early season odds making them favourites to go down.

But the current campaign has been a struggle for the Oakwell outfit, and they find themselves one point clear of the drop zone after just one win in 16 games.

Despite the poor run of form, Hecky signed a new rolling contract with Barnsley on Friday (February 2).

But he has now joined bitter Yorkshire rivals Leeds, who currently sit in 10th place in the Championship table.