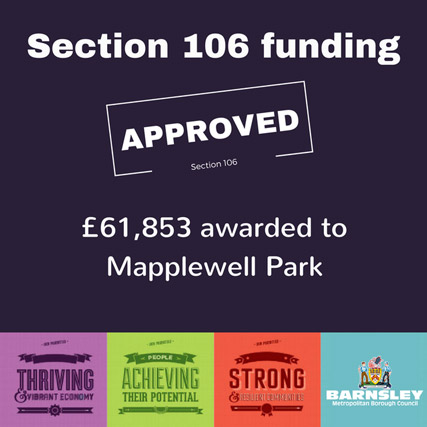 MAPPLEWELL Park's disused tennis courts will be replaced by a new playing surface after the council secured funding from a local developer.

The park will benefit from £61,853 of Section 106 money, a fund that local developers contribute to as part of their planning permission agreements.

The funding will see the two existing tennis courts - which are no longer fit for purpose - removed and replaced with a new one.

The refurbishments are planned to start in the popular park in February.

Section 106 funding is money that developers of larger sites pay to the council to reduce the impact of the development.

Developers sign an S106 agreement as part of their planning permission. This is a legal document that specifies what the money is spent on and where.

The money can be spent on projects such as improving community facilities, education and providing affordable housing.

An S106 panel then meets every quarter to review each proposed scheme.