Hunt on for wanted man 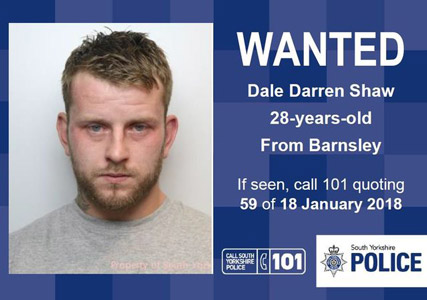 POLICE are hunting for a wanted man from Barnsley.

Dale Darren Shaw, 28, is wanted in connection with an assault reported on January 18.

He is known to visit the Hoyland, Jump and Wombwell areas.

Shaw is described as having mousy brown hair, he may or may not have a beard, and has the tattoo ‘Dale’ on his neck.