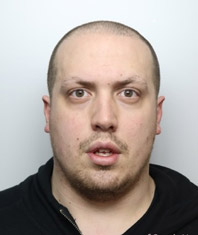 A POPULAR Barnsley youth centre has closed after its director admitted possessing indecent images of children.

Richard Codd, 32, was a director of Team Katalyst, which has a venue in Peel Parade, and in Parkgate, Rotherham.

The centres offer activities including dance, gymnastics, trampolining, cheerleading and musical theatre. Birthday parties are also held at the centres.

But they closed this week after Codd, of The Crescent West, Sunnyside, admitted three counts of possessing indecent images of children and one count of extreme pornography.

Codd was sentenced to a 36-month community order, given a Sexual Harm Prevention Order and will be on the Sex Offenders Register for life.

He was arrested in February 2017 and sentenced last Thursday.

A joint investigation involving Rotherham Council and South Yorkshire Police is underway to look at safeguarding at the centres.

Team Katalyst announced the closure of the two centres on Facebook.

The post said: "Due to unforeseen circumstances both our centres are now closed.

"We have taken the decision to voluntarily close our sites in both Rotherham and Barnsley as we work with Rotherham Council’s Safeguarding Board.

"Again, Team Katalyst holds the safeguarding of all our users at the highest importance.

"The news of serious safeguarding concerns was a huge shock.

"Team Katalyst have fully co-operated with the investigations and will continue to do so.