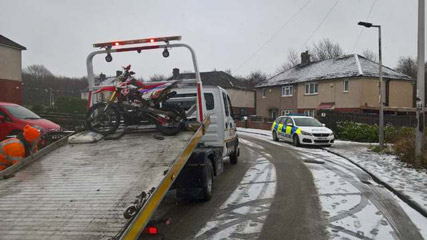 POLICE seized a motorbike that was being ridden illegally when the teenager fell off while doing a wheelie.

Officers arranged for the bike to be towed away to a police compound following an incident in Grimethorpe yesterday (January 21).

"The teenage rider had lost his front wheel doing a wheelie, which left him being thrown over the handlebars.

"In our opinion, he was lucky to only lose his bike today."