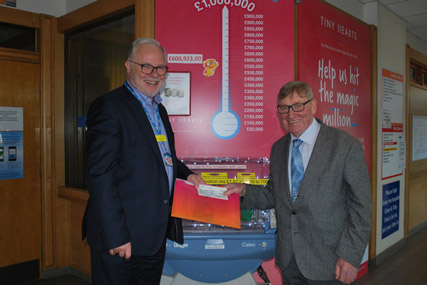 BARNSLEY Hospital Charity has received a £350 cheque raised from the funeral of a former employee.

As a supporter of the charity, it was Pat’s wish that donations from her funeral should go to the charity, as well as Barnsley Hospice.

Pat has been described by the charity as a "fantastic woman who loved life, loved all, and had more energy and determination than most."