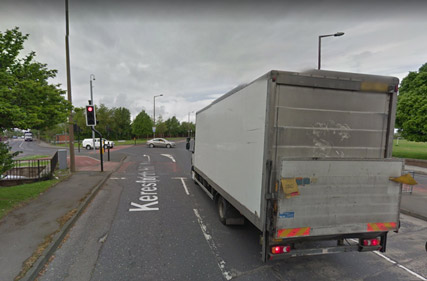 A MAN who indecently exposed himself to a member of staff at a Barnsley school has been arrested for multiple offences after going on a rampage yesterday evening.

The 23-year-old has been arrested on suspicion of assault, criminal damage, possession of an offensive weapon, indecent exposure and a number of driving offences in connection with the incident that happened around 5.50pm.

Reports on WAB suggest the man also targeted a number of vehicles that were stationary at the traffic lights on Broadway, at the junction with Keresforth Hill Road.

It's believed the man was also involved in a collision on Locke Avenue.

A police spokeswoman said: "Police responded to reports of man indecently exposing himself to a member of staff and causing criminal damage to a vehicle at a school on Keresforth Hill Road.

"No one was hurt in the incident.

"The 23-year-old is also believed to have been involved in a collision on Locke Avenue, Barnsley prior to the incident.

"An investigation is currently ongoing and the man remains in police custody as enquiries continue."