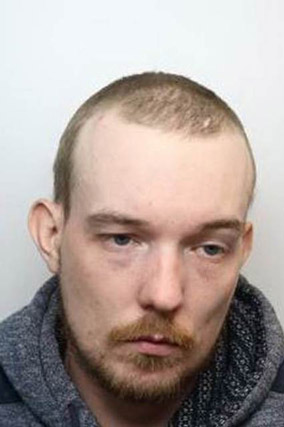 A 31-YEAR-OLD sex offender from Barnsley who went on holiday with his 15-year-old victim and her family after convincing them he was a teenager has been jailed for six years.

Clinton Stothard groomed the girl on the internet and tricked her into thinking he was her boyfriend.

Stothard also targeted a number of other girls online and encouraged them to send sexually explicit photos to him.

One of his victims, a 14-year-old from Bristol, exchanged more than 3,000 calls and texts with him during a two week period.

Sentencing Stothard at Sheffield Crown Court, the judge described him as “every parent’s worst nightmare” and “a shark swimming in the waters of the internet...preying on children”.

Stothard had previously pleaded guilty to a total of 18 indictments relating to 39 offences against four children.

In addition to being jailed for six years, Stothard will also be subject to an extended period on licence for 12 months and a Sexual Harm Prevention Order which will prevent him from living with any person under 18 and allowing police to monitor his internet use.

Detective Constable Kim O’Donnell said: “Clinton Stothard is a predatory paedophile who masqueraded as a 19-year-old and used a variety of aliases as he befriended and groomed his victims.

“Such was the extent of his deceit that he effectively groomed one girl’s entire family – winning their trust so much they felt comfortable taking him on holiday.

“The intensity of his grooming was quite frankly shocking, with another of his victim’s bombarded with thousands of calls and texts over a short period of time."