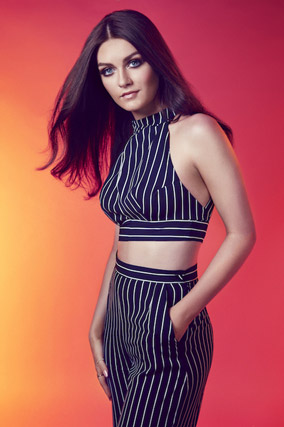 HOLLY TANDY will headline a town centre Christmas concert next Wednesday - an event that has replaced the Christmas lights switch on that was cancelled due to bad weather.

The festive concert will take place on December 6 in the Market Gate car park (opposite Gala Bingo). The gates open at 4.30pm and entertainment kicks off at 5.45pm.

A council spokesperson said: "In response to high demand to see Holly at the Christmas lights switch on, the council has invited her to perform at this one-off special Christmas concert, which includes performances from LA Fox, 2AM, and the cast of Aladdin from The Academy Theatre."

The evening will finish with a fireworks display at around 6.45pm.

Ben and Holly from the Little Kingdom will not be attending the event.

Security measures will be in operation, including bag searches on entry, and people are encouraged to bring small bags where possible.

There won’t be any road closures for the event - but Market Gate car park and floor five and nine of the Met Centre multi-storey car park will be closed from 6pm on Tuesday December 5 to facilitate the event requirements.