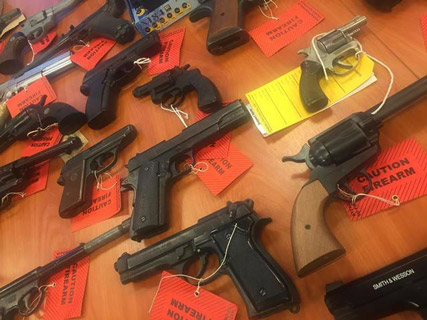 SOUTH Yorkshire Police has launched a gun and weapons amnesty in a bid to remove them from the streets and keep them from falling into the wrong hands.

The Churchfield station in Barnsley is one of many across the region taking part in the amnesty.

Anyone who chooses to surrender a gun or ammunition during the amnesty will not be prosecuted when the weapon is handed in, even if it is illegally owned.

However, all the weapons surrendered will be forensically examined and should there be any indication they have previously been used in any form of criminality, an investigation will begin with potential prosecutions.