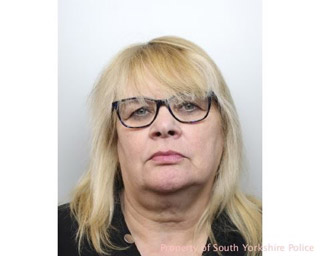 A LOCAL woman who stole more than £20,000 from a pensioner while she cared for her has avoided prison.

Diane Clegg, 60, from Wath, was sentenced to 12 months in prison suspended for two years at Sheffield Crown Court this morning after pleading guilty to two counts of fraud.

The charges relate to when Clegg cared for the 76-year-old victim one day a week, cleaning for her, cooking meals and doing the shopping, meaning she had unlimited access to her bank account.

Concerns were raised by the woman’s family back in March 2016, after seeing out of date food in the fridge and questions about her care and money were then asked, resulting in the launch of an investigation in to Clegg.

PC Lynn Robins, the investigating officer, from the vulnerable person and antisocial behaviour unit, said: “Clegg had cared for the lady for a number of years and was paid £50 every week for doing so.

"The victim, who understandably trusted Clegg, having known her for a number of years, gave her access to her bankcards as she often did the shopping and even helped her to change banks on one occasion.

“After concerns were raised by the victim’s family last year, they looked at her bank accounts and realised that significant amounts of cash had been withdrawn every month.”Police were called and a complex investigation began, as PC Robins explains.

"In 2015 alone, the victim had £11,996 of cash withdrawn from her account, while very little money ever left Clegg’s account.

"Our enquiries, and analysis of numerous financial records and the accounts of both Clegg and the victim, discovered that more than £20k had been stolen.

“Throughout the investigation, Clegg showed no remorse and blamed the victim, claiming that she had willingly handed over the money.

"She deliberately took advantage of a vulnerable woman, who had put her entire trust in Clegg and even viewed her as a close friend. I’m pleased that at an earlier hearing, Clegg finally acknowledged her guilt and claimed responsibility.

“Clegg carelessly and selfishly spent the money on shopping and online gambling, amongst other things, with no thought to the victim and for the consequences of her actions.”

Clegg was also ordered to pay a £140 victim surcharge and take part in a 15 day rehabilitation programme.