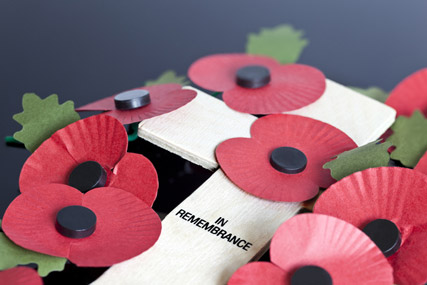 THE MAYOR will lead some of Barnsley's remembrance commemoratations this weekend.

Commemorations will begin on Saturday November 11 at 11am - where the Mayor will observe Armistice Day by leading a one minute silence at the War Memorial on Church Street, outside the Town Hall.

Remembrance Sunday will be marked on November 12 where the National Observance will take place at the Cenotaph in Whitehall. As the nation unites to remember, the Mayor of Barnsley will lead a local service of Remembrance at the War Memorial outside the Town Hall at 11am.

The service will begin with the Mayor leading the Civic Party procession out of the Town Hall just before 11am in time to observe the two minute silence.

The Mayor will be joined by the Leader of the Council, Chief Executive, veterans and representatives from serving organisations, the emergency services and other local organisations.

After a buglar has marked the two minute silence, the Mayor will lead the laying of the poppy wreaths.

Reverend Canon Stephen Race - the Area Dean of Barnsley and Priest in Charge at the Council’s Civic Church, St Mary’s Church, will then lead the service.

Barnsley Metropolitan Band will accompany the hymns and National Anthem.

Commemorations will conclude on Monday November 13 where the Mayor- accompanied by members of the Royal British Legion, will welcome students from Barnsley College and over 150 pupils from Summer Lane Primary School to mark a one minute silence at 11am.