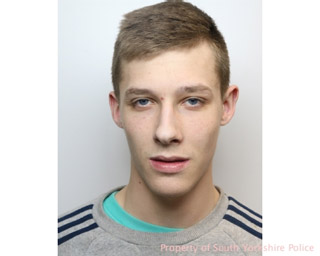 A 20-YEAR-OLD man who admitted possessing heroin and crack cocaine to supply to drug users on the streets of Barnsley has been jailed for four-and-a-half years.

Curtis Stephen Bolton, formerly of Worsbrough Common, Barnsley, appeared at Sheffield Crown Court on Thursday 19 October where he was sentenced to four-and-a-half years in prison.

Appearing alongside him was his co-accused, 21-year-old David Luke Osbourne of Worsbrough Common, Barnsley. He admitted possession with intent to supply Class A drugs and was handed a two-year jail sentence, suspended for two years.