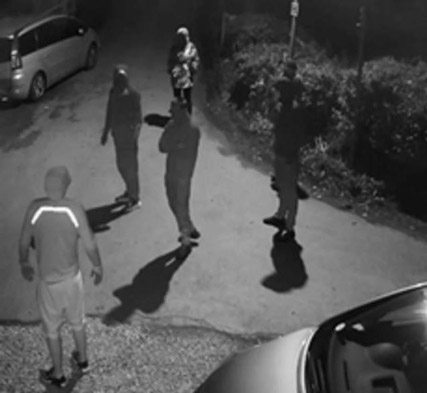 POLICE have released CCTV images after four teenagers broke into a Barnsley house before assaulting the home owners.

The incident happened around 3.15am on Tuesday June 13, when the teens broke into a property in Moorend Lane, Silkstone Common, while the occupants were asleep.

The thieves assaulted the occupants – a man and woman in their 30s.The group then left the house empty-handed.

Detective Sergeant Debra Renwick from the Force Crime Unit said: “Extensive enquiries have been underway since this incident was reported to us in June.

“We issued a public appeal for witnesses in the days following the burglary, but unfortunately did not receive any information that could help us identify the individuals responsible for this attack.

“Our CCTV enquiries have revealed that there were actually six people outside the property in Moorend Lane for a short while before the four men forced entry to the house. We believe that there were five men and one woman, as illustrated in one of the images.

“The couple in the house were injured, but it could have been far nastier and those involved need to be caught.

“We appreciate that this incident happened several months ago now and that the CCTV images aren’t great, but we’re hoping the distinctive clothing of some individuals may jog someone’s memory about the incident.

“If you think you know who might have been involved in this incident, please contact police and remember you can always give information anonymously via Crimestoppers if you don’t want to speak to officers directly.”