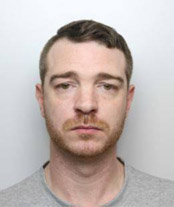 A BARNSLEY man who was arrested for drug driving offences while under investigation for causing death by careless driving has been jailed for over two years.

Ian Forward, 37, of Lindale Gardens, Goldthorpe, was jailed for two years and three months after pleading guilty to causing death by careless driving, failing to stop, failing to report a collision, and driving without a valid licence or insurance.

Marie suffered serious injuries in the collision and sadly died as result.

While on bail, Forward was then arrested in January this year for two counts of drug driving offences.

He was later charged with the offences when he appeared before Sheffield Magistrates’ Court in July, where he was disqualified from driving for 18 months.

Further to those offences, he also pleaded guilty to two counts of driving without a valid driving licence or insurance. For this he was disqualified from holding or obtaining a driving licence for 12 months and received a £120 fine.

Following a lengthy investigation into the fatal collision with Marie Cross, he was charged with causing death by careless driving and sentenced to two years and three months in prison on Friday October 6.