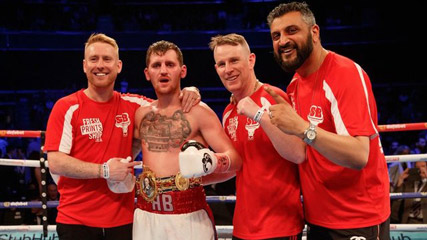 BOXER Robbie Barrett will aim to become just the second Barnsley man in history to successfully defend a British title when he fights in Manchester tomorrow night.

Lightweight Barrett, from Darfield, pulled off a major upset by outpointing the previously unbeaten Scott Cardle in Glasgow earlier this year to claim the belt.

The win earned him a place in the history books as only Barnsley’s third ever born and bred British champion.

He will make the first defence of his title tomorrow night, when he takes on Newcastle's Lewis Ritson on the undercard of the Anthony Crolla vs Ricky Burns at the Manchester Arena - a show that will be broadcast live on Sky Sports.

If Barrett wins, he will become the second Barnsley fighter in the space of three weeks and only the second in history to defend a British title following Josh Wale’s knockout win over Don Broadhurst.