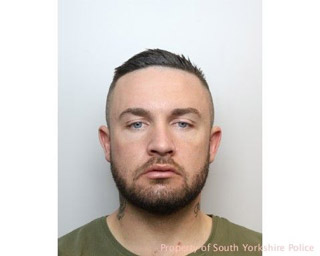 A BARNSLEY man has been jailed for four years after a 'violent' robbery which left the victim with life-changing injuries.

Richard Dawson, 29, of Pye Avenue in Mapplewell, appeared before Sheffield Crown Court to receive his sentence after pleading guilty to robbery at an earlier hearing.

The court heard how Dawson stopped his victim, a 32-year-old man, who was driving along Bark House Lane in Cawthorne in the early hours of April 24 this year.

He attacked his victim, who was still secured in his car by his seat belt, demanding his wallet and stealing the keys.

Detective Constable Paul Woodruff, who investigated the crime, said: “This was a violent and unprovoked robbery against an innocent man and our enquiries have shown that this incident appeared to be a case of mistaken identity.

“The victim continues to require medical treatment today for his injuries, which included cuts, bruising and a fractured eye socket – over five months later. It is fair to say that Dawson’s nasty and vicious attack has changed this poor man’s life.

"I wish the victim the best in their recovery and hope that he is reassured by the sentence handed down to Dawson, knowing he is behind bars and can cause no further harm.”