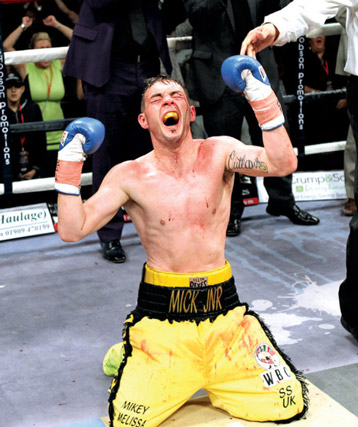 BRITISH boxing champion Josh Wale will aim to become the first Barnsley man in history to successfully defend a British title when he takes on Don Broadhurst on the undercard of a heavyweight world title fight tomorrow night.

Brampton pugilist Wale, who became only the fourth Barnsley man in history to win the coveted belt back in July, is chief support to Hughie Fury's battle with WBO heavyweight champ Joseph Parker in Manchester.

If he wins, he will become the first Barnsley fighter ever to successfully defend the belt after previous holders Charlie Hardcastle and Chris Saunders both lost the title in the ring, while fellow holder Robbie Barrett is yet to make a defence.