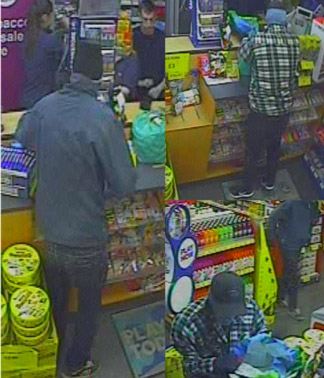 POLICE have released CCTV images of an armed robbery in Wath in which a knife-wielding thief threatened staff at a petrol station.

The incident happened around 11.45pm on Thursday August 17 when two men are said to have gone into the Jet Garage, in Barnsley Road with one of the men reportedly carrying a knife.

The two men, who both had their faces covered, made demands for cash and cigarettes. They then left in a silver/grey Ford KA, registration DU04KZB, carrying a quantity of cash and tobacco, heading towards Wath.

No one was injured during the incident however staff members were left shaken.

Two men arrested in connection with the incident have since been released from the investigation.

Anyone with information should call police on 101 quoting incident number 1207 of August 17 2017.

Information can also be given to Crimestoppers anonymously on 0800 555111.