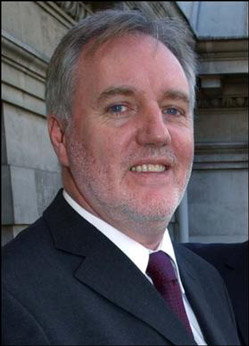 Cryne, who has cancer, wrote in the club's programme for the Carabao Cup second-round tie against Derby last night, which the Reds won 3-2.

Cryne's letter in full: "I am living on borrowed time. I live in pain, but living is better than the alternative. Cancer is insidious, cruel and rapacious and I implore everyone to have regular checks to stop it gaining hold.

"Recent months have brought into focus the things that are important to me. I have spent a lot of my life pursuing the ultimately pointless when there were better things to do. My family have always been important to me but I should have spent more time telling them so.

"I do now and it creates joyfulness in our relationships. Of course, my football club has been important too and I am lucky that my family have shared my love of Barnsley FC.

"For much of the time since I became the club's buyer of last resort, I allowed others to run the club, fearing that I did not know enough to win the respect and supporter of the 'football people'. It is ironic therefore that we enjoyed one of our most successful periods when I did take up the mantle ending in two successful visits to Wembley.

"Maybe, one day before too long I will tell the secrets of how we did it. Certainly, the whole club working as one was instrumental. I don't know if we will ever repeat the sense of togetherness of that season, which extended also to the fans, their tolerance and incredible support.

"There are many things I wanted to achieve before my custodianship of our fabulous team ended at the hand of the Grim Reaper. Of course, I wanted to see us get back to the Premier League and make some enhancements to the iconic West Stand. On a personal level, I wanted to bring back together all the 1912 FA Cup final medals, but I only managed to retrieve five.

"Most people realise I was a reluctant custodian but what has made it bearable against the occasional cruelty of the internet world is the kindness shown to me by so many fans on a personal basis.

"People are not shy in coming forward and telling me they appreciate my efforts, even if I have fallen short of their aspirations. I receive many letters and cards from fans who share with me their memories and best wishes. I am grateful to them all.

"Regarding this season, I think we will get stronger as it goes on and our team gels, not unlike the double Wembley season. I do not expect to live to see the ultimate outcome, but I travel in hope.

"I wish you all a good football season and thank you for your kindness down the years."