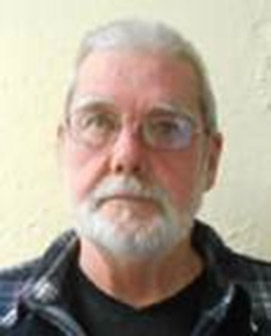 A SICK child killer who sexually abused a Barnsley girl when she was under 14-years-old is back behind bars for life after being found guilty of nine sexual offences.

Michael Waters, 78, previously of Bridgwater, Somerset will spend the rest of his life in prison after being given a life sentence at Sheffield Crown Court for nine counts of sexual offences, including attempted rape.

The result comes following what police described as a "complex" investigation by Barnsley detectives, which began in 2015 when one of Waters’ victims, a young girl from Barnsley, came forward to report what had happened to her.

Investigating officer DC Anstey said: “A referral was made to us in 2015 after the victim disclosed that during the 1970s she was sexually abused by Waters over a number of years.

“The victim, who was under 14 at the time the abuse began, was terrified of Waters, who preyed on her innocent nature and took advantage of her, going on to sexually assault her at any opportunity he had.

“Waters had an allergy to oranges and the victim was so petrified of him that she carried an orange with her, which she would begin to peel in a bid to deter him every time he came near her.

“On one occasion the victim believes she would have been raped by Waters, had he not been disturbed as he abused her one evening, subjecting her to yet another horrifying ordeal.”

Following the information, detectives in Barnsley began a thorough investigation, gathering witness statements and evidence from people across the world.

As detectives interviewed witnesses and looked in to Waters’ background, they discovered he had been convicted of murdering a nine-year-old girl in Liverpool in 1959.

Waters served just ten years of his sentence before he was released, moving to the West Yorkshire area.

He was recalled to prison in the late 80s and released in 2015, when South Yorkshire Police began investigating and unearthed a catalogue of abuse.

DC Anstey said: “During our enquiries a second victim, a young girl also under the age of 14 at the time of the abuse, came forward from the West Yorkshire area.

“This victim endured two years of horrific sexual abuse at the hands of Waters, robbing her of years of her young life.

“Thankfully, down to evidence given by the two victims and countless witnesses we were able to charge Waters with one count of attempted rape and eight counts of indecent assaults on girls under the age of 14.”

Waters pleaded guilty at an earlier hearing and was given life imprisonment.