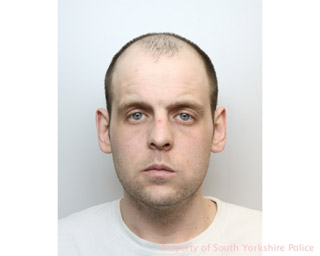 A VILE sex offender from Barnsley has been jailed for life after being found guilty of a series of sickening sex attacks against six children - the youngest of whom was just two-years-old.

Adam Blunt, 28, of Race Street was sentenced at Sheffield Crown Court on Friday (August 18) after pleading guilty to nine offences he committed against six victims, all aged under 13-years-old.

The investigation into Blunt’s offending began after officers received a report in relation to one of the victims he had abused on a number of occasions.

Detective Constable Helen Swift, who led the investigation, said: “It took tremendous courage for the victims to come forward and report the horrific abuse they had suffered.

“I would like to personally thank and commend them for the way they have conducted themselves throughout the lengthy and protracted investigation. It was through their brave actions we were able to bring Blunt to justice and remove the threat he posed to members of the public.

“Blunt’s victims have had their childhoods tarnished by the horrendous abuse they have suffered. However I now hope they are able to begin their steps in the recovery process and take some solace in knowing he is behind bars for a very long time.

“Takling child sexual abuse remains our number one commitment and I would encourage anyone who has suffered this type of abuse, to report it to police.

“No one should have to sustain this appalling abuse and support and advice is available for all victims. If you have been, or know a victim of sexual abuse, please report it to officers who will work to try and bring offenders before the courts.

“You can also call and text the national child sexual exploitation helpline Say Something on 116 000.”

Please remember that victims of sexual offences are granted anonymity for life under the Sexual Offences Act.