Have you seen missing Lauren? 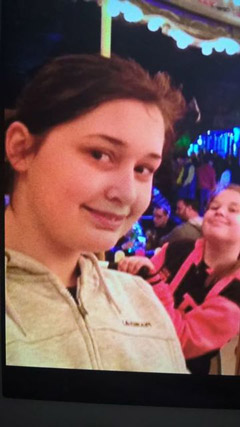 Lauren has now been found.

POLICE are searching for a missing teenage girl from Barnsley.

Lauren Hawcroft, 15, was last seen leaving her address in Worsbrough at around 2pm today.

Lauren is described as a white female, thin build with dark brown hair worn in a pony-tail.

Police are growing increasingly concerned for her welfare. Anyone with information as to the whereabouts of Lauren is urged to call police on 101, quoting incident number 540 of Tuesday August 8 2017.