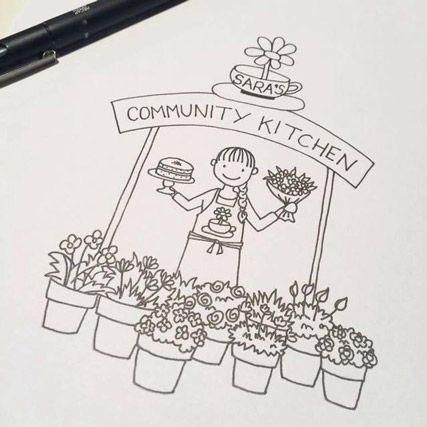 A JUSTGIVING page has been set up to help a community kitchen that provides meals for the the homeless after someone nicked its only oven.

Sara Headley, who runs the cafe at her flower shop on Pitt Street, had been given the oven by a kind-hearted member of the public after her own two ovens in the kitchen broke, meaning she had to close temporarily until she found a replacement.

She thought her prayers were answered when one was donated. But on Tuesday, as Sara and her staff were making space for it in the kitchen, it was stolen from the doorway of the shop.

The theft has delayed the reopening of the kitchen which serves up £1 meals to between 50 and 75 needy folk every day and runs a suspended meal scheme for the homeless.

A fund-raising page has now been set up where people can make donations. Click here to donate.