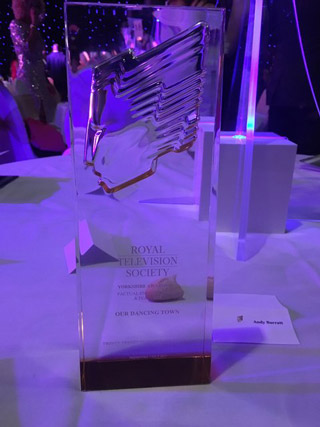 OUR Dancing Town - the popular BBC show that featured Barnsley in its opening episode - has won a Royal Television Society award.

There was a great reaction to the show in Barnsley - which showed locals team up with choreographer Steve Elias to create a huge dancing spectacle through the streets of the town centre.

At a glitzy awards ceremony on Sunday, the show was awarded Best Factual Entertainment Programme by the Royal Television Society.

Steve tweeted: "To all are amazing dancers in Our Dancing Town, we won a Royal Television Society award for Best Factual Entertainment. So proud!"