Police searching for two teenagers with links to Barnsley 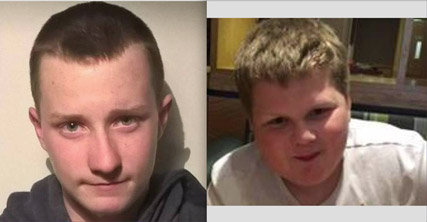 POLICE are searching for two teenage boys who have links to Barnsley.

Laiton Kennedy, aged 15, and Michael Cross, aged 13, were last seen in Whiteknights Road, Reading, at about 9.20am on Monday.

Laiton is about 5ft 2ins, slim, with short brown hair and some stubble.

He speaks with a Doncaster accent.

When he was last seen he was wearing a red and grey Gucci baseball cap, a grey and blue Armani fleece, blue jeans and blue Nike Air Max trainers.

He was carrying a black Armani man bag and riding a black Giant mountain bike with a black bicycle lock.

Michael is about 5ft, of large build, with brown hair, which is short on the back and sides and longer on top.

When he was last seen he was wearing a white jacket, a blue Nike top, blue shorts and black trainers.

They have links to Barnsley and Doncaster in Yorkshire, as well as Southampton in Hampshire.

Anyone with any information as to Laiton and Michael’s whereabouts is asked to call police on 101 and quote reference 350 of June .