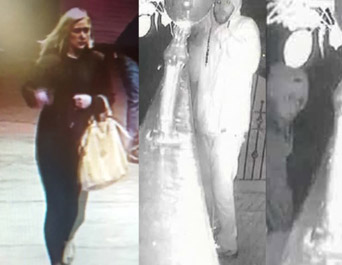 POLICE have released CCTV images of three people they want to speak to after an arson attack in Barnsley.

A black Mercedes parked outside of a house in The Orchard, Thurnscoe, was set on fire around 3am on Sunday April 30, causing damage to the ground floor windows of the house.

No one was injured during the incident.

Officers conducting enquiries have released images of these people they would like to speak to, as they believe they could hold important information about what happened.

Information can also be passed to Crimestoppers anonymously on 0800 555111.