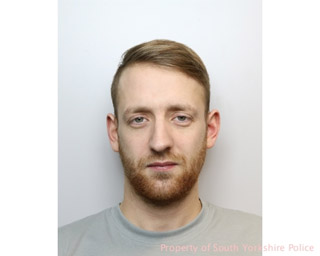 A 26-year-old man has been jailed for over two years for stealing a car and other items from the Metrodome after using a crowbar to break into customer lockers.

John James Green, of Rosemary Gardens, Bradford, appeared at Sheffield Crown Court yesterday (Wednesday April 26), where he was jailed for two years and 12 weeks in relation to the thefts, committed in December 2016 and January 2017 at Barnsley Metrodome.

Detective Constable Scott Roberts, the investigating officer, said: “Green would take a crowbar into the leisure centre, covered by a towel, and use it to gain access to lockers within the facility.

“On the one occasion in December 2016, Green forced open a locker at the leisure centre, taking two iPhone’s, a set of car keys and a wallet containing an amount of cash.

“On the second occasion, committed in January, Green used the same method to break into another locker, this time stealing the keys to an Audi A3, which he subsequently took from the car park.

“Through further CCTV analysis and work to track the car, we were able to identify Green and quickly arrest him.

“He took advantage of people who were enjoying time with their friends and family for his own selfish gain. I’m pleased that he is behind bars for his actions.”