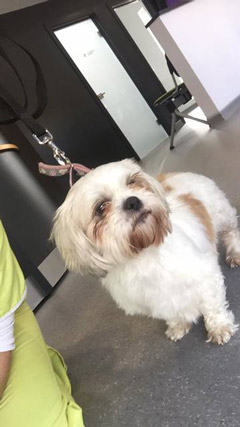 A DOG that went missing from a house in Chesterfield has been reunited with its family after being found in Barnsley.

There were no reported sightings of Honey until last weekend - when she turned up at The Pet Vet on Wakefield Road.

"Honey was stolen from her loving home in chesterfield and was found straying in the Barnsley area.

"Once we investigated into her microchip it soon came to light she was stolen and dearly missed by her family.

"After contacting her owners and a drive to Barnsley honey was reunited with her family! There were tears of joy from both the owners and The Pet Vet Team!"