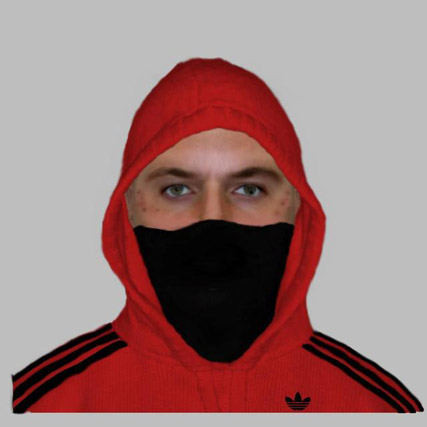 POLICE investigating the rape of a teenage girl on the Trans Pennine Trail near Barnsley have issued an e-fit of the suspect they are hunting.

The incident took place between 2.30pm and 5.10pm on Thursday March 23, when the 16-year-old girl was walking from Barnsley to Wath along the trail.

Police say an unknown man approached the girl from behind while she walked over a bridge close to the area known as Gypsy Marsh, before subjecting her to the serious sexual assault.

The suspect is then believed to have run off from the area.

The victim is receiving support from specially trained officers and detectives have been scouring the area for any evidence.

The suspect is described as being white, around 5ft 7ins tall, of average build. He was reportedly wearing a red hooded top with black tracksuit bottoms, and had a black scarf over half his face.

Anyone with information is asked to call 101 or email enquiries@southyorks.pnn.police.uk quoting incident number 776 of 23 March 2017.

Information can also be given to Crimestoppers anonymously on 0800 555 111.