Barnsley man gets life for murder 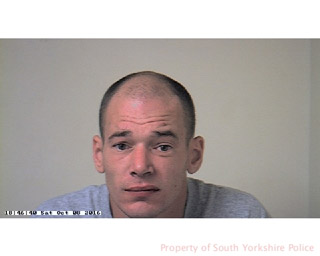 A BARNSLEY man has been jailed for life after being found guilty of murdering his partner in a "violent" attack.

Thirty-year-old Liam Fletcher, of Elizabeth Street, Goldthorpe, has been on trial at Sheffield Crown Court over the last two weeks charged with the murder of 35-year-old Lucy Jones.

Earlier today (Thursday April 6) a jury found Fletcher guilty of murder and this afternoon he was sentenced to life, to serve a minimum of 20 years in prison.

The court heard how Miss Jones, who had previously been in a relationship with Fletcher, suffered over 90 injuries as a result of a prolonged assault.

Her body was found last October, after police responded to a call reporting concerns for Miss Jones’ welfare inside a property in West Street, Goldthorpe.

Temporary Detective Chief Inspector Steve Ashmore, who oversaw the murder investigation, said: “Miss Jones was subjected to a violent and sustained attack at the hands of an individual who has shown no remorse for his crimes.

“Fletcher continued to deny his guilt and the strength of evidence collected throughout our investigation and put before a jury has resulted in his successful conviction today.

“My condolences go to Miss Jones’ family, who have learned harrowing details of the significant and extensive injuries inflicted upon by their loved one by Fletcher. They have carried themselves with dignity throughout our inquiry and I am grateful for their support.

“The guilty verdict and lengthy jail term passed today can never lessen the devastating impact of this loss, but I hope it offers her family and friends some closure and peace knowing that her attacker is behind bars."