POLICE are hunting for an arsonist who set fire to a car, damaging a house in the process.

The man struck just after midnight on Wednesday (April 5) at an address on Ladyroyd, Silkstone Common.

The vehicle, a BMW, sustained extensive damage and damage was also caused to a nearby property.

The suspect is described as male, being between 5ft 8ins and 6ft tall, of slim build and was wearing a dark coloured top with a lighter coloured hooded top underneath, and light coloured tracksuit bottoms.

He is believed to have ran from the scene along Ladyroyd towards the Silkstone Common train station.

Anyone with information should call 101 or email enquiries@southyorks.pnn.police.uk quoting incident number 2 of 5 April 2017.

Information can also be given to Crimestoppers anonymously on 0800 555 111. 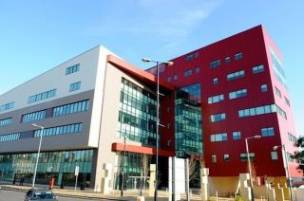