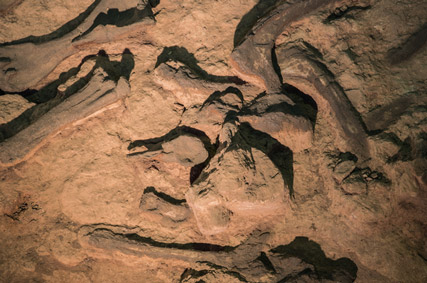 BONES believed to be from the fossil of a dinosaur have been found at the bottom of a mysterious well at May Day Green.

The well was discovered last week by Henry Boot - the construction company behind the Better Barnsley project - at the site of the new library.

After work was carried out to measure the depth of the well, it was due to be filled in so work on the library could commence.

However on a tour of the site last week, WAB reporters Danny and Olivia made the surprising discovery of the bones while examining the 10 metre deep well with members of the Henry Boot team.

Dominic Musgrave - the Australian palaeontologist behind 90s TV series Dino Dom - now lives in Barnsley and was drafted in to examine the findings.

After extensive research at his home laboratory, he last night confirmed the bones are likely to be from a species of dinosaur from the prehistoric era.

Speaking exclusively to We Are Barnsley, Dominic said: "After all my years in palaeontology, I never thought a discovery would be made like this. It's truly extraordinary.

"The bones are believed to be from a species of dinosaur around 6ft in height, with a long tail and small arms, similar to that of a T-Rex.

"This type of discovery is unbelievable for a place like Barnsley, and will put the town firmly on the map."

The bones will now be examined by experts from London's Natural History Museum, before they're put on display in Experience Barnsley.

This is a developing story. Check out our Facebook page for more updates.