Search still on for man wanted over attempted murder 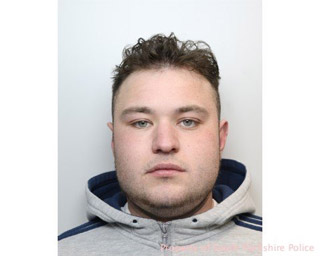 LOCALS are being warned not to approach a Barnsley man wanted over an attempted murder.

Police are still hunting Joseph Lowther, who is wanted in connection with the stabbing of a 30-year-old man at the Whispers nightclub in Regent Street back in December.

A public appeal for information about Lowther’s whereabouts was issued by South Yorkshire Police last month (February) but despite continued and extensive enquiries, he has not been located.

Acting Detective Inspector Stuart Hall said: “Lowther is wanted in connection with a very serious crime and it’s important we locate him.

“Thankfully, the victim is recovering and is no longer in hospital but our investigation continues in earnest.

“We believe Lowther could have travelled outside of South Yorkshire and has some connections to the north of England, but he really could be anywhere in the country.

“I’d urge anyone with information about his whereabouts to contact police and I’d warn any individual who may be shielding Lowther that you could face prosecution for helping him stay undetected.

A spokesperson added: "If you see Lowther, you are advised not to approach him but to contact police. If you can help with the search, please call SYP on 101 or email enquiries@southyorks.pnn.police.uk quoting incident number 64 of 18 December 2016."