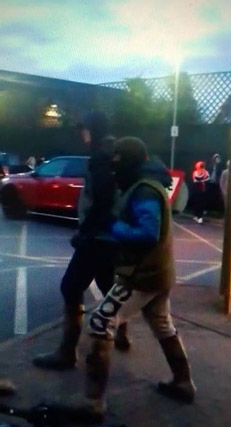 POLICE are hunting for a gang of off-road bikers who were involved in an altercation at McDonalds Stairfoot, leaving a man with facial injuries after he was hit by a brick.

Police say at about 6.20pm, a group of men riding quad bikes and off-road motorbikes entered the McDonalds car park before a member of the public approached them due to their manner of driving.

One of the riders reportedly picked up a brick and threw it at the man, causing minor injuries to his face and hands.

The riders are not thought to have had registration plates on their bikes and officers believe they may also have had some involvement in other incidents involving off-road bikes in Royston last month.

Anyone with further information should call 101 quoting incident number 938 of March 16 2017, or anonymously when passing on information call Crimestoppers on 0800 555111.