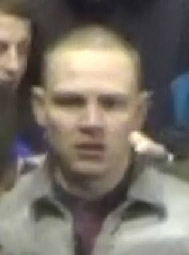 POLICE investigating crowd trouble between Barnsley and Leeds fans have released a CCTV image of a man they want to speak to.

Police are investigating public order offences alleged to have taken place at the match at Oakwell on January 21.

Police have arrested eight men in connection with the disorder – and since then, six have been charged with alleged public order offences.

The other two men, who were arrested on suspicion of affray, remain on bail pending further enquiries.

Officers believe the man pictured could hold useful information and would like him, or anyone who recognises him, to get in touch.

Anyone with further information should call 101 or email enquiries@southyorks.pnn.police.uk quoting incident number 336 of 21 January 2017.