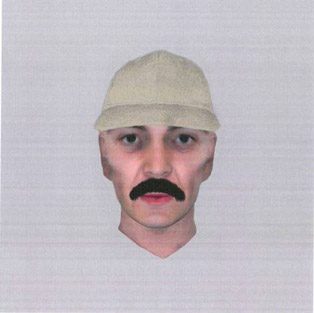 POLICE have released an e-fit of a wanted man after an attempted robbery at Morrisons Cortonwood, in which a woman was threatened with a claw hammer.

The 51-year-old woman was getting into her car outside of the supermarket, when a man got into the front seat and reportedly threatened her with a claw hammer, before trying to steal her handbag and car keys.

The man left the car empty handed and got into what is described as a black people carrier type car.

The woman suffered minor injuries as a result of the incident.

The man has been described as white, in his early 40s and of a slim build. He is thought to have been wearing a cream coloured baseball cap and jeans.

Information can also be given to Crimestoppers anonymously on 0800 555111