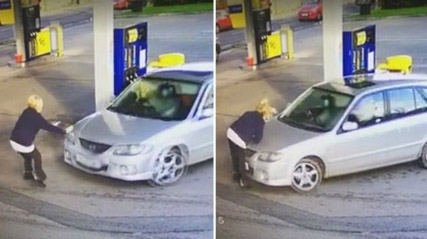 A MAN has pleaded guilty to injuring a worker at a Barnsley petrol station in a hit and run as he attempted to steal fuel.

Scott Dearing drove into Michelle Carr at the Jet petrol station in Park Road on December 4.

Dearing, 30, of no fixed abode, pleaded guilty at Sheffield Crown Court to assault, dangerous driving and theft in relation to the incident.

Dearing also admitted two counts of theft of a number plate, a second count of stealing fuel and two charges of driving whilst disqualified.

Dearing's passenger, 28-year-old Charlene Beadman, of Jennings Close, Rotherham, admitted one count of theft relating to the incident at the Jet Petrol station.

Both denied a charge of robbery.

Dearing will be sentenced on February 7.

Beadman is due to be sentenced on February 14.