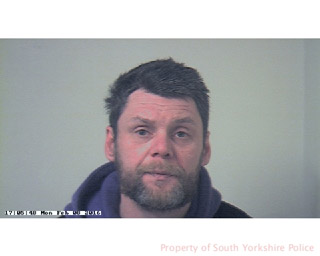 A BARNSLEY man has been jailed for 21 years after being found guilty of attempted rape and sexual activity with two boys under the age of 16.

He was jailed for a total of 21-years for attempted rape and sexual activity with two boys under 16 in Barnsley.

Simpson was found guilty of nine separate charges, placed on the Sex Offenders Register for life and given a Sexual Harm Prevention Order.

In September 2015, an investigation was launched after the abuse was reported to police. Simpson abused the two victims, who cannot be named for legal reasons, over a number of years in Barnsley, while both boys were under 16-years-old.

Detective Constable Andy Anstey from Barnsley said: “Both of the victims suffered absolutely abhorrent abuse at the hands of Simpson and were incredibly brave in coming forward to tell police what had happened to them.

“Simpson originally denied the charges against him and as such was brought to trial as a result of a lengthy and complex investigation and the support of the victims.

“His victims had to endure the trauma of having to recount details in court, before Simpson was convicted by a jury for these truly horrendous crimes.

“I hope this shows that South Yorkshire Police will pursue any offender found to have been committing such vile crimes and I’d urge anyone who has been affected by sexual abuse of any sort to contact us.”