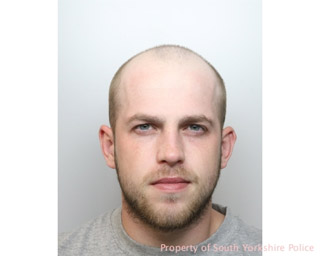 A BARNSLEY man has been jailed for 13 years over a shooting incident in Chapeltown.

26-year-old Jamie Lee Howden, of Barber Street, Hoyland, appeared before Sheffield Crown Court today (Friday January 6), to be sentenced after pleading guilty to possession of a firearm with intent to endanger life.

He was jailed for a total of 13 years for the offence.

The charge relates to an incident last July, when police received 999 calls after shots had been fired at the Thorncliffe Arms, Chapeltown.

Detective Constable Steve Robinson said: “I hope this result sends out a clear message to both the members of the public, and those who consider carrying firearms, that we will continue working tirelessly to protect the public of South Yorkshire and to identify those involved in armed criminality.”